skip to main | skip to sidebar

Imitation is the Sincerest form of Flattery!

A group of 20 newly installed wind turbines rest on the rooftop of Adobe System's downtown campus in San Jose. The turbines, set to be fully operational by the end of this month, will help reduce the company's power usage and help save money in the near future.

The new wind turbines spinning slowly at Adobe Systems' headquarters in San Jose could be mistaken for sculpture. In fact, they already have been.

Tall, slender cylinders that hold more air than metal, they look nothing like the giant rotors turning above the Altamont Pass. But they generate power all the same.

"The other day I was standing here, and one of the employees was saying, 'Don't you think we've overdone it with the art?' " said Randy Knox, Adobe's senior director of global workplace solutions. "I told him it's not just art."

At a time when companies throughout California are bolting solar panels to their roofs, softwaremaker Adobe has taken a different approach to renewable power, installing 20 small wind turbines at its headquarters.

Sales of small-scale wind systems have grown rapidly in recent years. So far, they remain niche products, garnering just a fraction of the attention lavished on rooftop solar.

And yet, small wind turbines may be better suited to some locations.

Adobe's headquarters, for example, consists of three office towers whose roofs are too small for a sizable solar system. But the towers funnel wind into a courtyard where Adobe employees play basketball and bocce. Even on days when the air seems still elsewhere in downtown San Jose, the courtyard has a breeze.

"We knew we'd created a wind tunnel here," Knox said on a recent gray morning, as he watched the wind turbines spin silently along the edge of the courtyard. "In an urban environment, there's a lot of wind tunnels, even at ground level."

Adobe's turbines come from Mariah Power, a startup based in Reno. Called Windspires by Mariah, each one stands 30 feet high, with thin aluminum vanes turning around a vertical axis. Each Windspire can generate a maximum of 1.2 kilowatts of electricity. For comparison, a typical home solar array can generate up to 3 kilowatts in full, direct sunlight.

Adobe won't reveal how much it spent on the Windspires, but Knox said the total price was a little lower than a solar system of comparable output. Together, the 20 Windspires will produce less than 2 percent of the power used at Adobe's headquarters.

That low percentage is unusual. Most of the people buying small wind turbines use them for houses or farms, where they can supply a bigger proportion of the overall power needed.

"The heart of the market is homeowners, farmers and small businesses - people looking to reduce their electricity bills and help the environment in a tangible way," said Ron Stimmel, small systems manager for the American Wind Energy Association. "It's really a neat feeling of being able to supply your own needs and not have to rely on a utility."

Sales of small turbines - those with a capacity of 100 kilowatts or less - rose 78 percent in 2008 to hit $77 million, Stimmel said. Unlike the Windspire, most of the small turbines sold in the United States are rotors with horizontal axes - essentially, miniature versions of the turbines found in big wind farms.

Small-wind sales may get a boost from a little-noticed element of President Obama's stimulus package. The federal government now gives people who buy small turbines a 30 percent tax credit on the project's cost. In addition, the California Energy Commission offers small-wind buyers a rebate based on the project's electrical output.

Small turbines do have limitations. They typically need at least a little open space around them to work at peak efficiency. That makes them better suited to rural and suburban areas than dense city neighborhoods, Stimmel said, although some San Francisco homeowners have experimented with them anyway. Mariah Power, for example, recommends that homeowners have at least a half-acre of land available.

Anyone interested in buying a wind turbine for their home or business must study the local wind speed and direction carefully. In places with light breezes, the turbines may not work at all.

"It's great if you want to put a Windspire up, but if you don't have wind, you're not going to generate energy," said Amy Berry, marketing director for Mariah Power. "You don't want to put the Windspire behind any kind of obstacle, like a neighbor's house."

E-mail David R. Baker at dbaker@sfchronicle.com.
Posted by Jim Ross at 5:07 AM No comments:


With a nod to the people who will be charged with determining America’s future in energy, city and education officials unveiled a wind turbine on Tulsa Public Schools property Thursday afternoon.

A crowd of students, including the winners of an essay contest about alternative energy, gathered at the TPS HelmZar Challenge Course and Facility to watch the new turbine in action.

“You understand the importance of alternative energy in this community,” Tulsa Mayor Kathy Taylor told the students.

The 30-foot-tall wind turbine will have a 10 amp output, enough to power the lights in the classroom at the facility. It is a donation from Global NES-Oklahoma, a renewable energy consulting firm.

The company also provided kits for students to build alternative energy experiments. Lisa Randolph, CEO of NES affiliate Kaizen Renewable Energy, said it will be up to today’s middle schoolers to teach the world about energy.

“We need to find an alternative, and you guys are going to be the pioneers of that,” she said. Hamilton Middle School student Adriana Rodriguez, who won the essay contest, said children do pay attention to tough problems in the world, including economic trouble and the need for alternative energy.

People are “wasting the Earth,” she said.

“That’s why we have to stand up and do something about it before it’s too late,” she said. Jana Rowlands, science director for the Oklahoma State Department of Education, attended the ceremony on behalf of State Superintendent Sandy Garrett.

Wind energy will be a big part of Oklahoma’s future, and the state needs to educate more scientists who can continue its work, she said.

“I want you to remember: Science is fun,” Rowlands said. “Science is exciting.”
Posted by Jim Ross at 4:53 AM No comments: 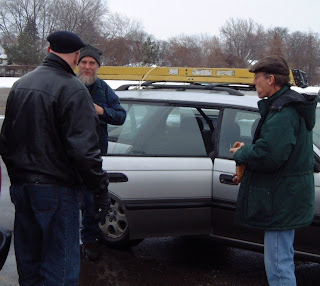 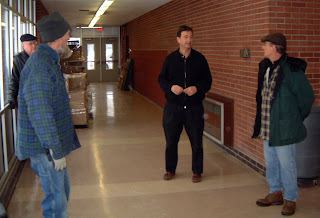 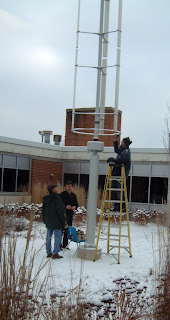 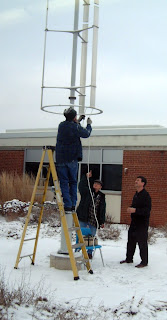 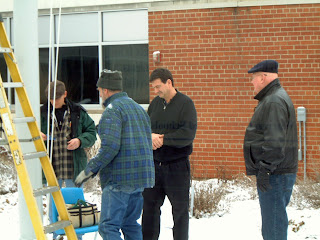 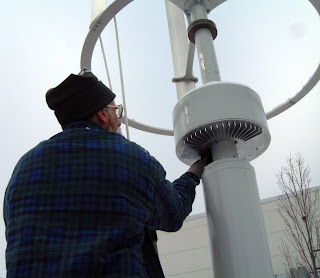 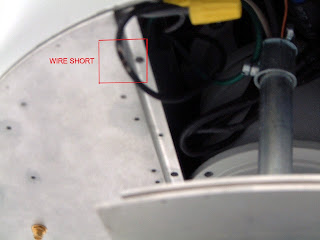 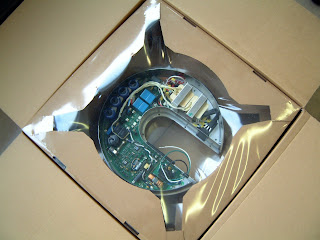 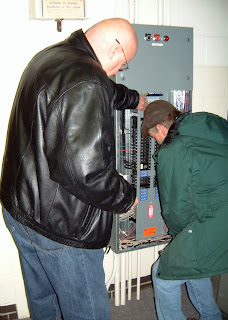 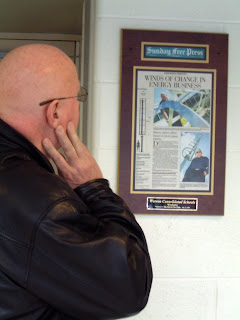 There is no more important goal in schooling than cultivating the intellect. But we can’t achieve this goal unless we place intellectual development at the heart of instruction. To do this, we must approach our students as thinkers, as persons capable of figuring things out for themselves, as persons with their own thoughts, emotions, and desires, as persons with minds of their own. But thinking is often ignored in schooling (and indeed in society). Historically critical thinking has been treated in schooling as another add-on, as something interesting we combine with other things we do. But when we understand what it takes to cultivate the intellect we bring the concepts and principles of critical thinking into everything we do in the classroom. Critical thinking becomes the centerpiece of instruction. This is true because it is through critical thinking that we make explicit the intellectual tools students need to live successfully and reasonably, to grapple with the complex problems they will inevitably face, to think their way through content of any kind. But we can’t foster critical thinking if we don’t understand it ourselves. Realizing that we cannot deal with all of the theory of critical thinking in one weekend, this workshop will emphasize some of the foundations of critical thinking. We focus on initial internalization of these foundations, coupled with application to classroom structures, lessons and strategies. Participants will develop some modest initial plans for redesigning instruction with critical thinking at its foundation, and most importantly they will aquire a plan for continuing their own development as thinkers and teachers.


More: http://www.criticalthinking.org/conference/Spring2010_index.cfm
Posted by Jim Ross at 7:34 AM 1 comment: